After Siberia and the Amazon, also the Congo Basin is now burning. Whiles governments across the world, the United Nations and environmental conservation groups continue to pile pressure on authorities to combat the fire, records by NASA indicated that two African countries were suffering more fire outbreaks than Brazil was: 6,902 fires in Angola, compared to 3,395 in the Democratic Republic of Congo and 2,127 in Brazil.
The number of hotspots is not necessarily the only indicator of a situation of crisis as most of the fires shown on the NASA maps of Africa are outside sensitive rainforest areas. But it is still a wake-up call: as things stand, pretty much both of the earth’s lungs are burning. The African tropical rainforests cover around 3.3 million square kilometres across several countries, including the Democratic Republic of Congo, Gabon, Congo and Cameroon. This rainforest is also home to many endangered species. 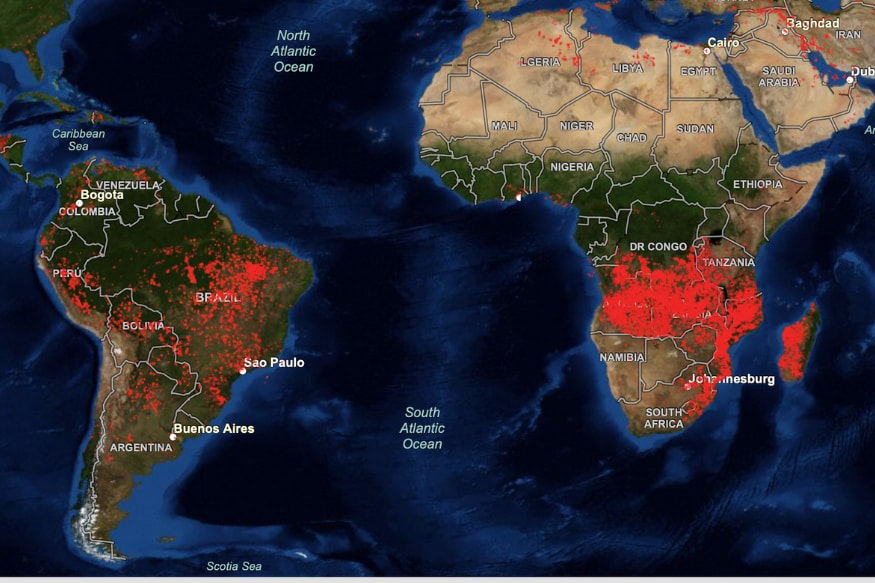 “We’re very worried that the forests in the Congo Basin are more and more exposed, more vulnerable to fire because these forests are threatened by an increase in the pace of deforestation,” told Irène Wabiwa Betoko, Forest Manager with Greenpeace Africa.
It is not yet known what the exact reason for these rainforest fires is. However, the NASA, which operated the MODIS satellite data that tracked the fires said most incidents had been caused by farmers attempting to use burning to clear their farmlands.
Joomla templates by a4joomla